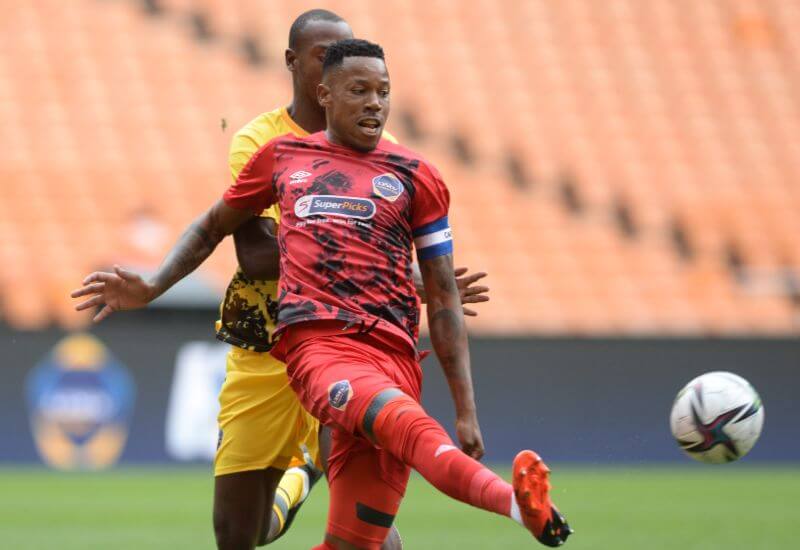 Orlando Pirates Captain Happy Jele hoisted aloft the DStv Compact Cup trophy, as the Warriors claimed a 2-1 win over Coastal United in the final to become the competition’s inaugural champions.

Featuring three Orlando Pirates players in the starting XI named for the showpiece, the Warriors - led by the Bucs skipper - had pipped AmaButho in their semifinal and were up against a side that had dominated their own last-four fixture in the competition’s opening weekend.

With a hefty cheque at stake on the afternoon, both teams were quick off the blocks, with the coastal outfit perhaps a split second quicker as they affected the scoreboard just seconds after kick-off.

It was a dream start for United when Ashley du Preez found himself free down the left, and capitalised from disjointed defence to smash one past Itumeleng Khune into the net 48 seconds into the encounter.

However, it wasn’t too long before things were back level as Ruzaigh Gamildien drew the Warriors level after he too found himself with acres of space before slotting home to make it 1-1 just five minutes in.

Swallows youngster Siphesihle Mbhele could have edged the Warriors ahead before the 15th minute mark when he received the ball just inside the penalty area, but placed a little too much behind his shot to send the ball just over the crossbar.

Khune was called upon in the 25th minute to stop a curling free-kick from former Pirates midfielder Mpho Makola which seemed destined for the top corner.

The rest of the first half did not live up to the opening minutes in terms of activity, but could have ended in more drama had Du Preez’ pass from inside the box found teammate Evidence Makgopa instead of Khune’s hands.

Thembinkosi Lorch could have gotten the second half to a flyer, when he got on the end of a pass from second half sub Nkosingiphile Ngcobo, but his shot lacked the necessary power to trouble United goalkeeper Oscarine Masuluke.

Ngcobo went on his own moments later with a low shot from range, which forced the Baroka shot-stopper on his left to make a good save.

Monnapule Saleng - the hero for the Warriors in their semifinal - was introduced around the last quarter of the encounter and got to work immediately, firing towards goal with his last foot to draw another save from Masuluke.

The breakthrough would however come from Gamildien, who completed his brace when he was located by a pin-point cross from Njabulo Ngcobo and made no mistake in pulling the Warriors ahead with seven minutes remaining on the clock.

Pirates striker Tshegofatso Mabasa could have placed the result beyond doubt when he got on the end of a cross from fellow Bucs player Wayde Jooste, but his first touch tipped the ball straight into Masuluke’s gloves.

A tight finish ensued as United sought to regain parity, but the Warriors were able to hang on to their lead to become the first ever winners of the DStv Compact Cup.