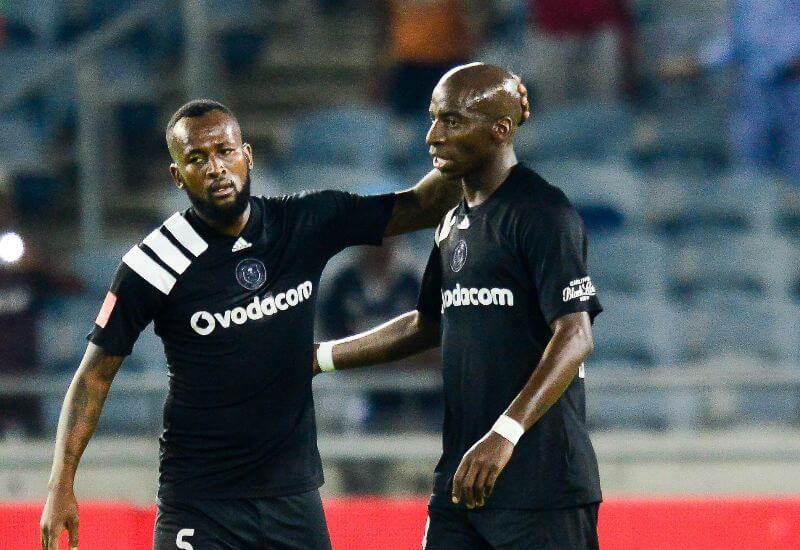 Orlando Pirates’ failure to capitalise on goal scoring opportunities has cost the team again as they went down 2-1 to Free State Stars in an Absa Premiership clash played in Bethlehem on Saturday evening.

A goal from Thabiso Kutumela was not enough as an own goal through Abbubaker Mobara and a Sinethemba Jantjie tap-in gave the hosts the victory.

The Buccaneers end the year on a low as Micho Sredojevic and his technical team pick up the pieces as they look to turn the team’s fortunes in 2018.

With this defeat – Pirates now trail log leaders Mamelodi Sundowns by eight points and the Brazilians have a match in hand.

As early as the second minute, the visitors pushed for an early goal and Justin Shonga broke free and entered the box, but his shot went straight to goalkeeper Ali Sangare.

Stars had a brilliant opportunity in the 20th minute when Siphelele Mthembu received a cross from the right flank, but goalkeeper Jackson Mabokgwane was alert to collect.

After half an hour, Luvuyo Memela came close to beating the hosts’ keeper when he curled a free kick from a distance, but it went inches wide of the right post.

The second half saw both sides pushing for goal; it was an end-to-end stuff and it was the hosts who would score first much against the run of play when Mobara’s failed clearance rolled into the net in the 55th minute.

The visitors seemed to kick into gear and showed more urgency as they searched for the equaliser and they were duly rewarded five minutes later.

Pirates continued to dominate possession and chance creation however, the plague of missing chances became more evident as the match continued.

Striker ThamsanqaGabuza and captain Thabo Matlaba were presented with perfect opportunities to score the second goal of the match unfortunately both players blasted their shots over the bar with the keeper at their mercy.

The Buccaneers were punished for their wastage in front of goal when Jantjie found the back of the net with six minutes to go. Goalkeeper Jackson Mabokgwane failed to collect a cross from the right flank and the winger capitalised on an error to pounce on the loose ball.