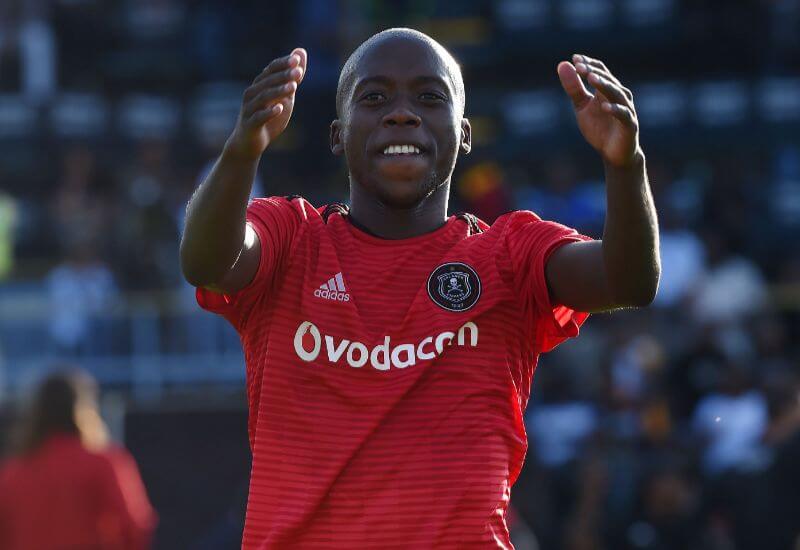 “It wasn’t pretty but we dug in and got the job done”, these were the words of midfielder Ben Motshwari following Orlando Pirates’ 1-0 victory over championship rivals Bidvest Wits this past weekend.

The Buccaneers snatched victory at the death courtesy of an own goal by Keegan Ritchie from a Luvuyo Memela free kick. And with that victory, it ensured that the Sea Robbers move back to the summit of the Absa Premiership standings – ahead of second placed Mamelodi Sundowns on goal difference; albeit the Brazilians have a game in hand.

Motshwari who is a former Wits man himself, having spent five seasons with the Clever Boys said that despite the team not being at their best; the important thing was the “W” at the end of the match.

“Look, I would be lying if we said we were happy with our performance on the day especially considering how we played in the Sundowns game,” said the 28-year old. “However in the same breath I will say that despite us not playing our best football on the day our character and determination got us over the line and that is what is really important especially at this time of the season.”

He continued: “Where we are right now is at the business end of the season; every team is gunning for points more so than ever, therefore when you do get those points you count it as a blessing and move on to the next challenge.”

The Buccaneers next encounter is a home clash against Black Leopards on Wednesday, a match that Motshwari says will be as difficult as the Wits game.

“The win over Wits is now behind us, we cannot dwell on that performance for too long because we have another challenge on our hands which is Black Leopards. We have to be at our best on Wednesday night because this is a team that cannot be underestimated.”

“Coming into this game the focus is solely on the three points on offer and nothing else. We don’t have to come into this match and talk about revenge (for the Nedbank Cup loss) or things like that. This is a different competition with very different objectives and that’s the mentality we are carrying into this match,” he concluded.

Meanwhile, tickets for the Absa Premiership encounter against Lidoda Duvha have gone on sale at Computicket and Shoprite Checkers outlets nationwide.

The game will be played at the Orlando Stadium on Wednesday, 10 April 2019 and kick off is scheduled for 19h30.

Speaking to Orlandopiratesfc.com Media Officer and Supporters Coordinator Thandi Merafe urged the 12th man to come in their numbers.

“We would like to call upon The Ghost to come in their numbers to rally behind the boys for the match against Black Leopards in the same way they did when we hosted Mamelodi Sundowns. This is our third last home match of the season so let us make use of home ground advantage in these remaining games.”