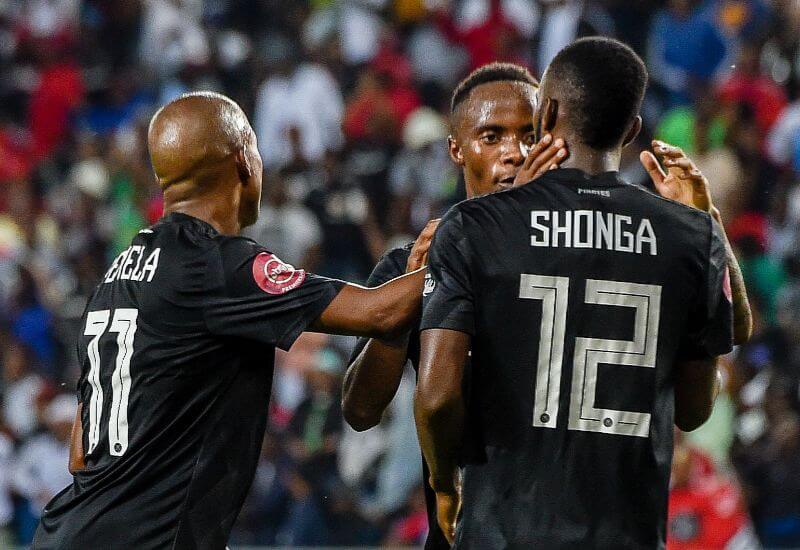 February is the month of love, and there is an accompanying phrase that “love makes the world go around”. While there may be a certain truth to this statement, the football context for love speaks to winning and seeing your side hit the back of the net with regularity.

While the heart strings were being pulled by gifts of jewels, flowers and candy, the Buccaneers delivered their own brand of flirtations with a bevy of goals which culminated in four in one night to round off the month.

So, love makes the world go around, and in our world where goals are king, we celebrate the month by paying homage to the Ford Goal of the Month contenders for February.

As is the norm at the end of each month we look back at the Goal of the Month contenders and like it has been for the last couple of months now, Thembinkosi Lorch is amongst the nominees yet again.

Nyoso opened the month’s goal count with a vital equaliser against perennial rivals Kaizer Chiefs. The goal was the product of a sublime and perfectly timed through-ball from Ben Motshwari with Lorch making no mistake in converting with a neat finish after rounding the keeper and tapping into the open net.

Next up on the list is Kudakwashe Mahachi, in a game that saw Orlando Pirates come from a goal down against Amazulu to storm to an emphatic 4-1 victory.

The first of four goals scored that evening, Mahachi found himself in the right place at the right time when he tapped-in from close range after some good work on the flank by Vincent Pule.

On the same night, Luvuyo Memela marked his return to the starting line-up by netting a goal of poetic proportion: back from a long injury lay-off, back in the starting line-up, back on home soil, and back among the goals! Memela received a cross into the box from Justin Shonga, took control and in classic Amigo-style he placed the ball into the back of the net with a cool, calm and collected finish.

Justin Shonga joined the Cross Conversion Club as he netted a third off a ball from Lorch and finally, also down the flank and into the box for the easy finish, before Ben Motshwari sealed the deal with a kiss from just inside the box when he profited from some clever interplay among the Buccaneers in offence.

Fans are encouraged to vote for their Ford Goal of the Month on the Club’s official social media channels. Four winners will be selected across Instagram, Facebook, Twitter and YouTube (PiratesTV). Each winner will receive a hamper sponsored by Ford South Africa – the Official Vehicle

The voting for the February Ford Goal of the Month closes on March 7 , 2019. Terms and conditions apply.

Pirates vs Sundowns Tickets On Sale