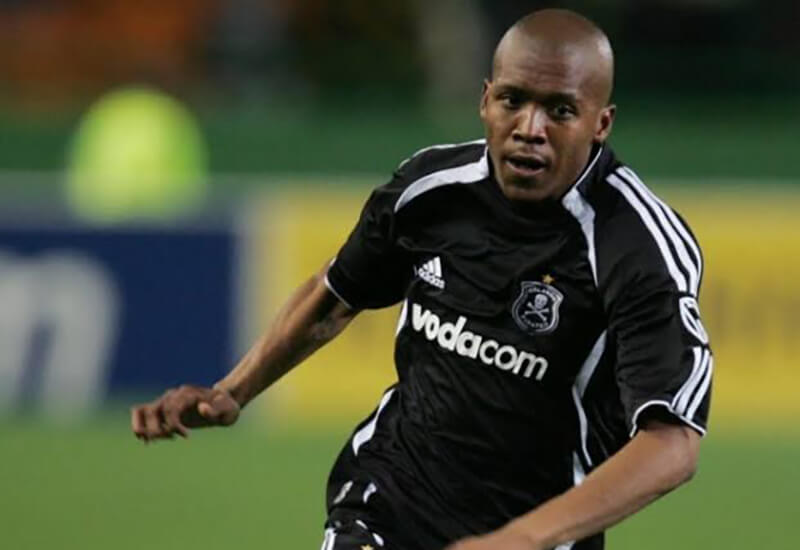 Ace, Magents, Dance and Tso are nicknames associated with legendary footballers who wore the famous Black and White jersey of one of the most loved brands in South Africa. With all their exploits and varied success in the name of Orlando Pirates, this awesome foursome also traversed the borders of the Jukskei River on a trek which saw them play on both sides of the fence as they donned the yellow and blue of Mamelodi Sundowns.

Commonly known as Donald Khuse, Edward Motale, Dan Malesela and Benedict Vilakazi respectively, these famous Buccaneers paved the way for players who would become influential in both sides as the history between these two clubs began to take shape both on and off the field.

Fast-forward a few generations and many others have made the North-South or South-North trip including the likes of Teko Modise, Godfrey Sapula, Tyron Arendse, and more recently Oupa Manyisa, Andile Jali and Wayne Sandilands.

Lebogang “Cheese Boy” Mokoena is counted among this group, and he spent some time with Orlandopiratesfc.com to offer his own unique insight into the mindset of these two sides and how they might ultimately approach the match on Monday night.

“It’s a big match and there is pressure on both teams. Pirates have suffered a setback in losing out in the Champions League but the flipside is that the only thing left to play for is the domestic league, which makes this a must-win match for them. Sundowns on the other hand, might fancy their chances especially with the good run they are enjoying at CAF level. They are also three points ahead so they will want to increase that lead, if not maintain it. It’s a game that could go either way and the result will be determined by whoever wants it the most.”

“Pirates seem to be the wounded lion in this case, and if Sundowns underestimate them then it changes things completely. You know what they say about a wounded animal. The title race is still open and I feel like this is the crunch time which will decide whether Pirates or Sundowns win any type of silverware this season.”

What are the tactical approaches going into this game?

“While much has changed at both sides since my playing days, from what I can see I think it’s going to be a highly tactical game. I think Sundowns would not want to give it away because they might think they have an edge coming in to this game on top, while Pirates could be more offensive since nothing but a win will do for them. I think it will be an all-out attack.”

“It’s going to come down to the finer details, the margins… whoever takes their chances will win. There won’t be any busses parked at Orlando and while the approaches will be different, they will both be positive with both sides looking to grab the three points and clear themselves from anybody else who is chasing the title. Both sets of players know what is at stake and they will have to deliver on the day.”

“This fixture has been a battle since the days of William Okpara vs Daniel Mudau, but I don’t know with this generation if we have similar battles where you know that maybe a certain defender will be taking on a certain striker. Those are the things we used to watch back then. I remember my battle with Vuyo Mere when I was at Pirates then when I moved to Sundowns, the battle was between myself and Happy Jele.”

What advice would you give to the current players?

“Having grown up at Orlando Pirates, I can tell you that this is my home team. This is where we were told of the importance of this match and as player it goes through your mind from the time you look at the fixture to start focusing on it. There is one game I always remember vividly, I think we beat them 3-0 and had Excellent Walaza upfront. We camped for a whole week and our sole focus was Sundowns which made the match easy for us.”

“The players should not lose their heads going into this match because these are the type of matches where you can get a red card if you commit a foul. I just hope that everybody can go onto the pitch knowing what’s at stake but also try to make it a fair and exciting match because at the end of the day football must be the winner.”