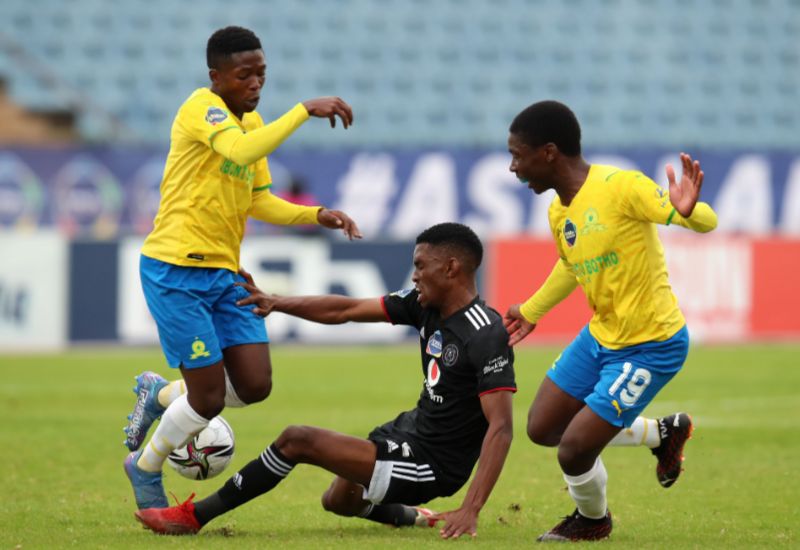 Orlando Pirates Reserves’ run without a win in the DStv Diski Challenge stretched to five games as they suffered a 3-2 defeat at home to Mamelodi Sundowns on Saturday.

Having played to two consecutive draws, the hosts went to Dobsonville Stadium desperate for a win against a Sundowns side reeling from a Tshwane Derby defeat from their last outing.

There was some promise to the Bucs Reserves approach early on, with Mpumelelo Ndaba getting some opportunities to hand his side the lead inside the opening 10 minutes, but without making any of his chances count.

At the other end, the visitors were more clinical, and were ahead in the 12th minute after an uncharacteristic error from Kopano Thuntsane, who spilled what should have been a routine stop into the path of Ofentse Mashiane, and the Sundowns man made no mistake in putting the ball into the back of the net.

Five minutes is what it took for Pirates to slip further behind, with Cassius Mailula bagging the first of his two first-half goals as he danced past the defence before slotting home.

His second came in the 22nd minute, when he headed in from close range to make it 3-0 to the Tshwane outfit.

Sundowns continued to control matters, and Thuntsane was called upon just before the 30-minute mark as he made a spectacular save to stop a stinging shot from range.

Meanwhile, Pirates’ search for a goal of their own was proving futile, as they struggled to assert themselves on attack.

Their best chance came on the stroke of halftime when Ndumiso Ngiba headed goalward from a corner, only for his effort to be deflected wide of the target.

A spirited performance was required in the next 45 minutes, and the coaches responded by making halftime substitutions, with Siphamandla Mdunge and Siyabonga Moleane brought on in place of Kamogelo Seemela and Lungile Makambi, respectively.

Sporting fresh legs, the duo were instrumental in a more assured second-half display, with Moleane getting a hand in Pirates’ first goal as his delivery from a corner resulted in Cassius Spandiel finding the net to make it 3-1 in the 58th minute.

Mdunge could have reduced the deficit to just one goal just nine minutes later when he found a way behind the defence, but spurned the opportunity while one-on-one with the keeper.

The Bucs Reserves continued to push, dominating possession for a large chunk of the second half and the pressure told on Sundowns, who conceded a free-kick right on the edge of the box after a harsh tackle on Njabulo Mndebele.

Moleane stepped up, delivering a fine dipping effort from the dead-ball situation to evade both the Sundowns wall and the keeper to make it 3-2 with eight minutes remaining on the clock.

The visitors had a rare foray into Bucs territory in the dying moments, and Mailula could have completed his hat-trick when his shot from range rattled the crossbar.

The Buccaneers’ push for an equaliser proved futile in the end, as Sundowns held firm for a 3-2 victory.