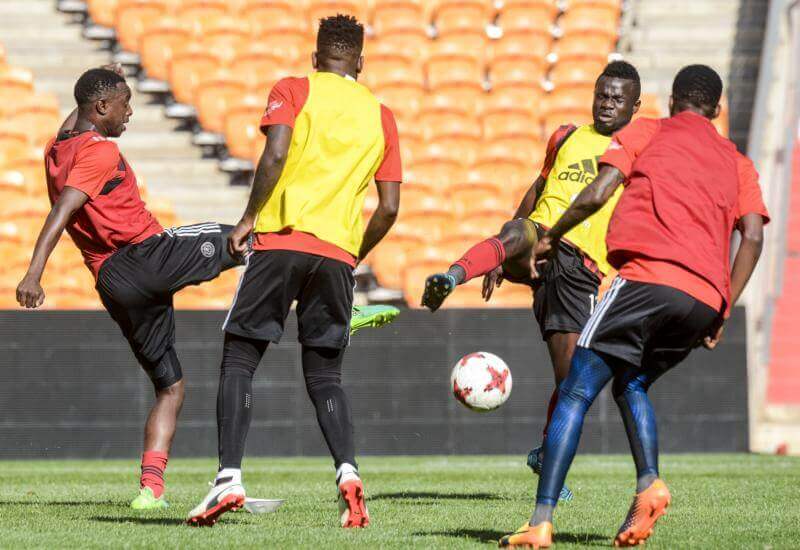 Orlando Pirates will look to continue their impressive form when they take a short trip across town to take on Bidvest Wits in an Absa Premiership encounter.

The Buccaneers are undefeated so far this season while Wits will be looking to put an end to their torrid start which sees them sitting in 15th place on the log table.

Despite their poor start to the season one would think that this fixture would bring smiles to the Wits technical team especially when you look at the recent head to head matchups between the two teams.

Wits are undefeated against Orlando Pirates in their last five league encounters (home and away); winning all five matches – scoring seven times and only conceding one goal in the process. HOWEVER, football is played on the field and not in the record books. Equally, if we are to look back at the last twenty league outings between the two sides, a different picture is painted all together.

Of the last twenty league outings, both Pirates and Wits have won seven times and six other matches have ended in draws.

Orlando Pirates come into this encounter on the back of a very impressive start to the 2017/18 season. Micho’s troops are in third place, with only goal difference separating them with log leaders Golden Arrows.

Of their opening four league encounters so far this season, Pirates have won three and drawn two – scoring four times and only conceding one goal.

While the visitors are enjoying a positive start under the guidance of its new technical team, defending champions Bidvest Wits have had a poor start to the season. The club currently sits in the relegation zone after five matches, having lost three times already this season and failing to win a single match.

Their log position is not a true reflection of the quality of the team and the performances they’ve produced to date have not been as bad as the results have suggested. All this, is something the technical have taken note of and will avoid complacency at all costs when they meet up with the Students on Saturday.