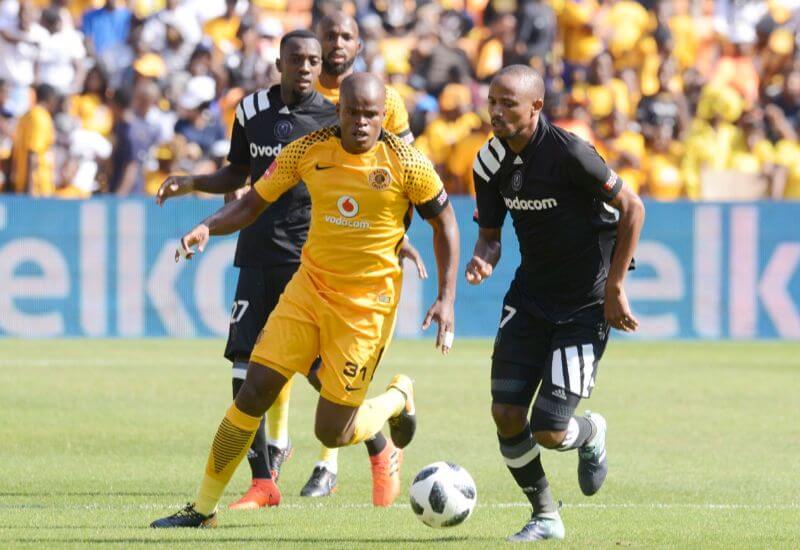 When Xola Mlambo arrived at Orlando Pirates Football Club, he was a player who had struggled for game time. His inclusion into the Buccaneer squad was seen as a gamble that would either pay dividends or prove problematic for the demanding Bucs Supporters.

Xola is the first to admit to Orlandopiratesfc.com that life at Orlando Pirates is not quite what he expected, in fact he was never ready for the tremendously positive ride he has been so far.

Experience with the Team?

“It has been great, I have received amazing support from the guys. Everyone is prepared to help and fight for one another on the field of play, and it has been great being part of this team.”

“It’s it humbling to witness the level of team spirit that we have. With my experience as a player I am aware of how rare it is to find a team where the fringe players are supportive of the guys who get regular game time. Everyone works really hard and pushes hard at training which in turn encourages those who are in the playing squad to play better and work even harder. There is no room for complacency in the team.”

“We relate to each other as brothers. We pray together, we have fun and joke around, but when it’s time to work, we all switch on and push each other to work hard.”

You had pre-existing relationships with some players before your arrival, have you gotten to know the others better?

“When you come to a different work space you often find that you have to learn to manage the egos you work with in order to have a decent work environment. That is not the case at Pirates. My apprehension over egos was quickly dispelled when I realised that I am not working with celebrities but rather equal members of a team.”

“I now enjoy going to work. I have realised that when we have been given time off, I actually miss the guys. We put in long hours at training but those go by so fast because one enjoys the company – as they say, time flies when you’re having fun. I wake up feeling enthusiastic about work, knowing that I will find positive people who love my company and also value my contribution to the team. It’s a very different space for me.”

A lot has been said of the influence of Coach Micho and Coach Rhulani on the team. Your take?

“They are the best of both worlds really, Coach Micho is more like a father figure while Rhulani is the strict older brother. Coach Micho is humble and direct, he calls a spade a spade. When I arrived, he told me that even though I was not getting game time, there was something they saw in me. He told me that I would be able to help the team and that obviously boosted my confidence immensely.”

“Micho is always happy and is genuinely concerned with the well-being of his players. He encourages us to tell him when we have personal problems so he can help us out, he is truly an amazing soul to be around”.

“It’s no secret I knew Rhulani from way back, we have an ongoing relationship but he takes his work very seriously. He doesn’t take any nonsense from anybody. He is generally a nice guy with a strong work ethic, very professional. He is a coach, a motivator and a perfectionist. He will always push you to the edge because he demands the best of people and he always wants to see the players to be better and achieve more”.

How has your journey been like with the Ghost so far?

“The best way to answer that is in the context of the Soweto Derby, my goodness, that is the one memory I will carry for the rest of my life! Never in my wildest dreams did I think I’d wake up on a Saturday morning to start a Soweto Derby and have the Ghost cheering me on as passionately as they did. It was an amazing atmosphere, a bit overwhelming at first. Nothing can prepare you for the roar of the fans as you come out of the player’s tunnel. I still get goosebumps thinking about it today.”

“The guys always tell you stories about their Derby experiences but you simply have to experience it yourself to understand their explanation, and all of it leads back to the fans. There is nothing like playing in front of a big crowd like that, against your arch rivals and especially when the stakes are that high.”

“It also helped a lot coming out the tunnel and seeing the same Bucs fans that we see at Orlando Stadium, the Centre Line Bucs. Then you look to the right and you have the Gauteng Branch behind the goals, and then Mgijimi and his gang just behind the bench. All of our fans, I don’t know them properly yet but I want them all to know that there is so much love that we feel from them and we appreciate it greatly.”

“The supporters have no idea how important their role is to us because as a new player like myself, you start off nervously but their support settles you down quickly. And once you settle, you then realise in the biggest way imaginable that you are there to serve this great brand and to make the supporters ‘Happy People’ again. I was free to play and focus on the task at hand, which was to assist the team in getting a memorable goal and beat our rivals Kaizer Chiefs in the process. And this is down to the support from the fans.”