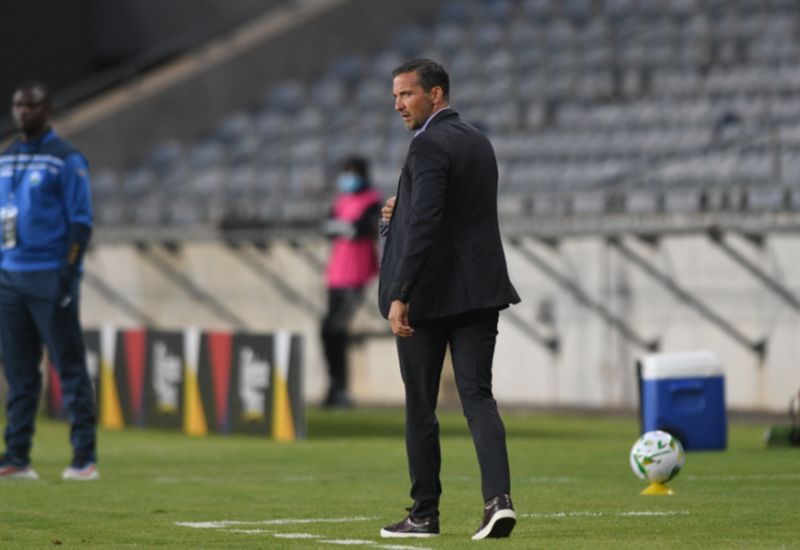 Time has flown by fast since Orlando Pirates announced the arrival of coach Josef Zinnbauer.

Orlando Pirates’ 2-1 win over Enyimba FC in the CAF Confederation Cup last night, saw the 50-year-old record his 50th official match in charge of the Buccaneers.

With this victory, Zinnbauer improves his record to 30 wins, 14 draws and 6 losses. Bringing up his win percentage to an impressive 60 per cent – making it the best record of any Pirates coach in over two decades.

Orlandopiratesfc.com spoke to Zinnbauer following his side’s victory over the Nigerian giants.

"To be honest, I have not been keeping track of this,” the Coach said. “But it's good to know I have managed to get 50 games under my belt with a victory last night. At the end of the day, this [results] is what is important.”

In almost a year to the day since being unveiled as Orlando Pirates mentor, Zinnbauer guided the Club to silverware, ending a six-year trophy drought.

He ranks that among his biggest personal highlights since he began wearing the iconic skull and crossbones on his chest.

“On a personal level, this is a nice achievement but as this is a team sport where there’s a lot of other people involved; this achievement is much theirs (technical team and players) as it is mine.”

He added: "Of course, winning the MTN8 was a big one. That was a major highlight for me. But it's now in the past. As the Chairman of the club always says, you cannot dry today’s clothes with yesterday’s sun. Our focus now is what is ahead of us and not what is behind.”