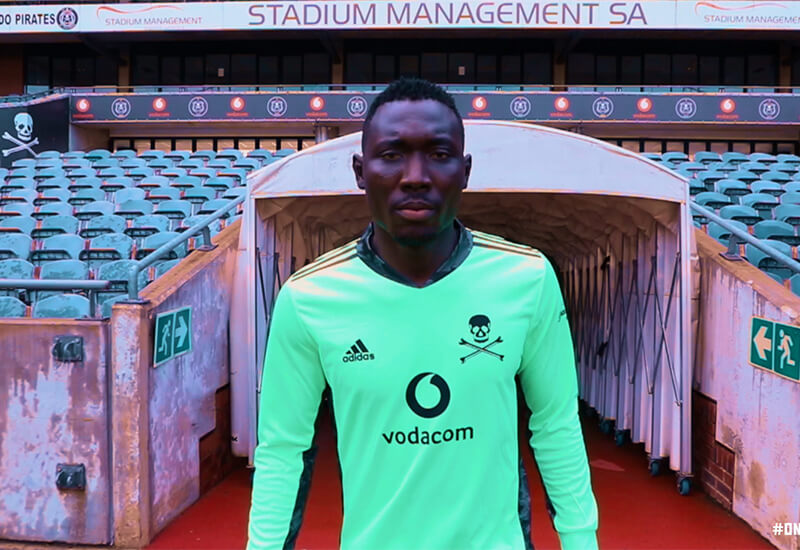 After many months of speculation wherein Orlando Pirates were linked to a wide assortment of talented shot-stoppers, most notably Maritzburg United Richard Ofori, the Club can finally confirm the signing of the Ghanaian international.

The 26-year-old has signed with the Buccaneers after agreeing terms to a three a year deal.

Upon putting pen to paper, the Ghanaian international told Orlandopiratesfc.com:

"I am very happy to be here. It is a dream for me to be a part of this exciting squad and to work with the technical team.

“I also look forward to meeting my new teammates and being part of this exciting new project.”

Ofori joined Maritzburg United in 2018 and went on to record 64 appearances in all competitions including 9 for the Ghanaian national team.

Meanwhile, Orlandopiratesfc.com can confirm that Tebogo Tlolane will move to Maritzburg United for a season-long loan.